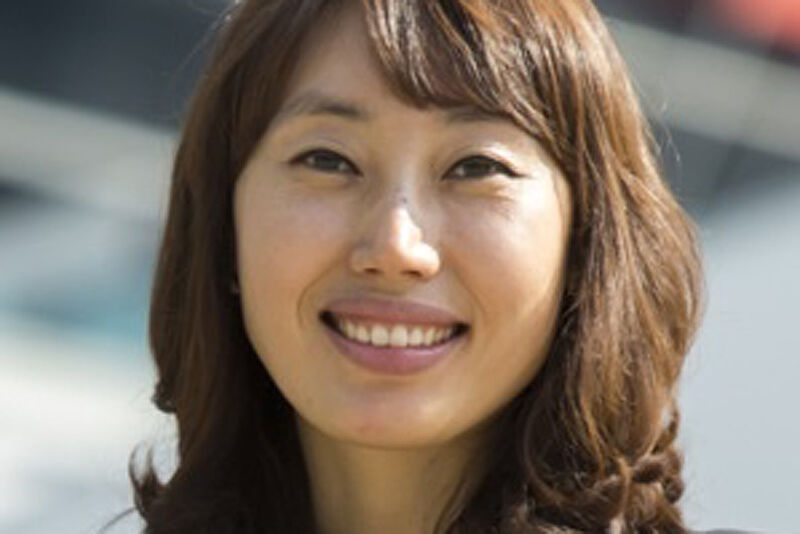 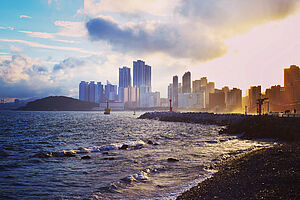 Pioneering the Korean wave and local culture, Busan was chosen as 4th in the Asia Pacific region and 12th in the world as a convention city; photo: CaturalMITA/pixabay

As business is burgeoning within the beauty of nature in Busan, the key MICE destination of Korea, the city is reaching beyond Asia and into the world. Pioneering the Korean wave and local culture, Busan was chosen as 4th in the Asia Pacific region and 12th in the world as a convention city. From successfully hosting the 2005 APEC meeting, 2009 OECD World Forum, 2010 G20 Summit, and 2014 and 2019 Korea-Asia Special Summits, the city has abundant experience and infrastructure to host top-level world summits. In 2022, the global MICE city Busan has overcome the COVID-19 pandemic and is ready to take on the chapter of being the best bleisure (business and leisure travel) city. As a safe city that is ready to carry out MICE, Busan awaits you. ‘Welcome to BUSAN!’

The world has been in chaos for the past three years due to the COVID-19 pandemic. MICE projects have been on hold as meetings were not possible, but how did Busan overcome this crisis?
Thanks to strict prevention measures such as vaccine distribution, masks, and social distancing, the world is slowly coming to an endemic stage. In spite of this, the COVID-19 crisis has not disappeared. Hosts and planners of trips, exhibitions, conventions, and events are still looking for safe cities. During the past three years of the pandemic, Busan did not stop for a moment. Various forms of contactless infrastructure such as real-time online platforms that transmit all over the world, streaming services, and virtual meeting facilities that enable hybrid conferences were established to create a breakthrough. It did not stop there. In preparation of the post-pandemic world, sustainable MICE was considered and the Green MICE campaign was adopted and carried out. Despite the hardships, Busan MICE officials eagerly participated with long term goals in view.

The international community is expecting an endemic period to open at the end of this year. What is the key MICE Busan plans to showcase?
We will showcase a proper bleisure city where business and leisure are possible at once. The world has normalized working from home because of the pandemic and workcation is now encouraged. The line between business and leisure is being blurred. For example, the concept of business trips has been understood as an extension of leave or carrying business tasks on vacation. Surrounded by mountains and sea, Busan is like a ‘holy land’ for business travellers with its natural scenery, unique local culture, and various restaurants with fresh seafood. New York Times mentioned Busan as one of ‘52 places to go’, and Airbnb has included Busan in the ‘Top 10 cities for travelling alone’. Meeting facilities for MICE events have been arranged by scale, mainly around the large-scale exhibition and convention center BEXCO, and numerous five-star hotels are ready to provide guests with the best accommodation services. Surfing and yacht experiences are available at Haeundae beach, and events on board ships with beautiful nightscapes can be planned. If you visit Busan, it won't take long to realize why it has become known as a bleisure city.

...That Busan has been acknowledged as the key MICE city by Korea?
Busan has been selected as ‘Korea's no. 1 International Tourism City’ and has been investing a total of 150 billion won over five years for tourism infrastructure alone. The Ministry of Culture, Sports and Tourism has poured in billions of won every year to build MICE infrastructure for meetings, tours, and exhibitions along with accommodation, shopping, and cultural facilities in the international conference complex, HAEVENUE (Haeundae Conference Complex). Before the COVID-19 pandemic, Busan was already the first city in Korea to be renowned as International Safe Community (by the International Safe Community Certifying Centre). The International Safe Community is a designation given to cities that have continuously worked with a systematic safety foundation, and so far 400 cities in 40 countries have been recognized. If you include the airtight prevention measures carried out in Busan during the pandemic, it can not be said that Busan isn't a safe city good for MICE activities.

…That out of the five cities in Korea designated as international conference complexes, Busan is the only city where you can enjoy nature and beautiful beaches while engaging in MICE?
The international conference complex of Korea is a specialized MICE project by the Ministry of Culture, Sports and Tourism and local governments to designate special ‘MICE districts’ to maximize comfort for participants. Accommodation, shopping centres, local culture, and experience facilities need to be concentrated around the convention center for it to be recognized as an international convention city. In 2022, other than Busan, there are currently only four other cities – Incheon, Gwangju, Daegu, and Goyang – with the designation of ‘international conference complex’. This means that Busan has been approved as a MICE city after a long and careful evaluation process by the government. HAEVENUE covers the Centum, Nurimaru APEC House, and Haeundae area of 2,390,000 sqm and it includes world-class MICE infrastructure such as BEXCO, Haeundae and five-star hotels. Business and leisure are possible at the same time, making it the only international conference complex to also be a ‘bleisure complex’. With all our efforts on MICE, we are certain that Busan will lead the global MICE business and tourism in the post-COVID-19 era.

…That Busan is carrying out ESG MICE?
Not only is sustainable development through ESG a challenge that can not be avoided, but it is also a task we need to carry out now. Not only is it a goal that must be prioritized and reached in any field, it is also a part of daily life. MICE projects use large amounts of resources and if sustainability is not pursued now, it will be delayed indefinitely. For sustainable MICE based on eco-friendliness, Busan is continuing the ‘GREEN MICE GREEN BUSAN’ campaign based on Green Survival. A campaign that involves both local businesses and citizens is raising awareness through contest exhibitions. Large numbers of banners and booth materials that are produced for one-time use at each event are recommended to be reused, and information packages and print material are being replaced with online apps and ebooks instead of using paper, to minimize the use of natural resources. Hotels and accommodation providers are requested to participate in the campaign and not change guests' bed sheets every day. We also pursue the integrity of governance and social values such as copyright, privacy, human rights, gender equality, and corporate ethics. ‘ESG Business Guidelines’ is planned to be developed this year to be applied to the MICE project. Carrying out sustainability does not need a preparation period. We need to do it together now.

…That you can easily visit Busan from anywhere in the world?
Referred to as the second capital of Korea, Busan has been the center of business and goods for a long time. It has been accessible through all transportation forms such as aviation, ships, and roads. There are 500 flights to Japan alone, 278 to China, 104 to Taiwan, and 70 to Thailand, Busan can be reached easily from anywhere. If transiting from Incheon International Airport, Busan can be reached from 188 cities in 54 countries through 85 airlines. There are 134 sea routes from Vietnam and 28 from Malaysia, and it is accessible from Laos and Cambodia as well. This year, a direct flight from Busan to Helsinki is also planned to be open, making it possible to arrive within 10 hours. Busan also offers various vacation packages to the yearly 600,000 travellers on cruises. The Busan North Port is also being redeveloped to become a cruise base.

…That Korea can transmit to anywhere in the world in real-time non-stop online or hybrid events?
You may think Korea is a small country with a population of only 50 million, but it has become a powerful IT nation as an early adopter of internet networks. This was proven during the COVID-19 pandemic. Events held in Korea were smoothly transmitted worldwide through the internet network, and through rehearsals, audio and video delays were prevented for online participants with bad connections in their location. This is mostly due to IT technology and know-how, and careful planning was the second most important feature. The time difference was considered and rehearsals were performed at a similar time of day as the actual event for the same length of time to find problems and solutions. By holding online and hybrid events during the pandemic, Korea has reconfirmed its position as an IT powerhouse, and it was also praised as a ‘powerful MICE country’.

Where should I stay?
Busan is one of the cities in Korea that has the most deluxe hotels that are able to host MICE events. Approximately 60,000 rooms in 1,944 hotels are waiting for guests every day. Four- and five-star hotels are spread around the Haeundae, Centum City, and Gijang area, so you don't need to worry about accommodation no matter where the event is. The international conference complex alone has 15,481 rooms within a 5km radius There are also many deluxe hotels with entrances connected to the beach so you can enjoy fantastic night scenery while listening to the waves.

Is there support for attracting and hosting?
Of course. The organization that attracts and hosts international meetings in Busan provides three stages – ‘attraction’, ‘promotion’, ‘opening’ – of administrative and financial support. The scope or financial ripple effect is reviewed before financial aid is provided. Financial aid scope is up to 50 million won for attraction, 30 million for promotion, and 100 million for opening. For international meetings with 10 or more offline foreign participants, tour buses or tour interpreters will also be provided depending on the scope of the event. Various tourism support programs are also prepared for participants, such as coupon books, and the Tourist Information Center can coordinate MICE tours.