Belgium and the Netherlands benefit from strong maritime traditions. Major cities are upgrading and extending their venues, while smaller ones are repositioning themselves. 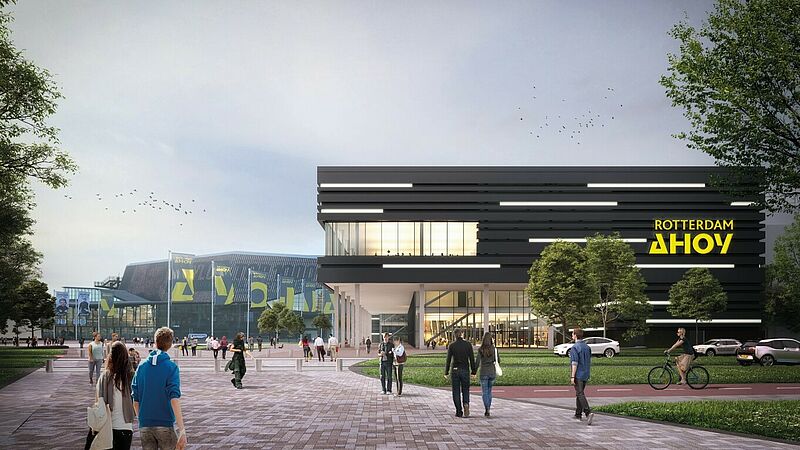 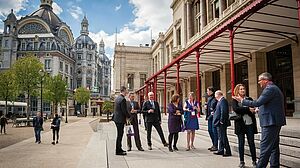 In the thick of it. Conferences are an everyday occurrence in Europe’s nerve centre. Often important decisions are taken at them that set the course for Europe’s future. Anyone looking into the eyes of tired delegates after a marathon session will know that the logistics have to be right here. Given the level of media attention, conference planning needs to be perfect.

The most important venue is Square – Brussels Meeting Centre, which has been completely modernised and features a striking glazed cube at the front. Run by the GL Events Group, it offers 27 rooms for a total of 7,000 delegates.

The Queen Elisabeth Flanders Meeting & Convention Center in Antwerp has also benefited from a makeover but still retains its Belle Epoque charms. Promoted as a “A Room with a Zoo” due to its location in Europe’s oldest zoo, it is just a short walk from the city’s imposing, cathedral-like central station. The same part of the city is home to the world’s largest centre of diamond trading. Diamonds and fashion are fruitful themes for accompanying programmes and incentives.

Antwerp’s port is among the clusters that generate conventions in the city. “Europe’s second-largest port is the gateway to the world for our pocket-sized metropolis, which is home to people from 177 different countries,” says Antwerp’s mayor Bart de Wever.

Rotterdam is Europe’s largest trading port, handling 469 m tonnes of freight, almost twice as much as Antwerp. The city hosted the World Rowing Cup in July, and the World Port Days will be taking place from 6 to 8 September 2019. Sir Norman Foster’s World Port Centre is one of the iconic buildings turning Rotterdam into a “vertical city”. The SS Rotterdam, once the flagship of the Holland America Line, is today a lovingly restored venue offering authentic maritime charm with a theatre for up to 2,000 guests. In addition, 41 rooms on board are available for overnight stays.

Rotterdam Ahoy (RACC), the convention centre next to the trade fair centre, will be making waves internationally from 2020 with the largest auditorium in the Netherlands. The RACC can be combined with a total of six exhibition halls and the RTM Stage arena, which is opening at the end of 2020. This new concert hall will have a maximum capacity of 7,000 but will also be usable as a 2,750-seat conference hall. “As a port city, we are a top choice for planners in the maritime and logistics sectors. Events in the fields of education, the life sciences and health, the agricultural industry and the energy sector are highly welcome,” says head of conventions Desiree Baltussen.

Rotterdam is also home to the Global Centre of Excellence on Climate Adaptation and the European headquarters of the Boston-based Cambridge Innovation Center. As one of the Rockefeller Foundation’s 100 resilient cities, Rotterdam is hosting the world’s largest conference on sustainable cities. The Urban Future Global Conference is coming to Rotterdam Ahoy in 2021. With a slogan of “Rotterdam for Real”, the city is in the running to host the Eurovision Song Contest in 2020. Rotterdam is receiving help from the capital, The Hague, which does not have a suitable venue.

Also in the running is Maastricht, which is making an appeal to the emotions with its slogan “Come closer”. The Maastricht Exhibition and Congress Centre (MECC), which currently has a capacity of 10,000 and 30 rooms, is to be renovated and extended by 2020 at a cost of 49 million euros. It is very close to the Brightlands Maastricht Health Campus, making the MECC even more attractive for medical conventions.

Groningen in the north of the country is also positioning itself in the international convention industry. The Martini has a capacity of 3,000. The World Congress of the International Association of Applied Linguistics (AILA) will be held here from 2 to 14 August 2021. The congress attracts 2,000 delegates when it is held every three years. The theme is the dynamics of language, communication and culture in a changing world.