From 4 to 8 April 2019 MICE Peak took place in Eastern Europe for the first time. Creative hosts, great venues and a colourful programme inspired the planners. 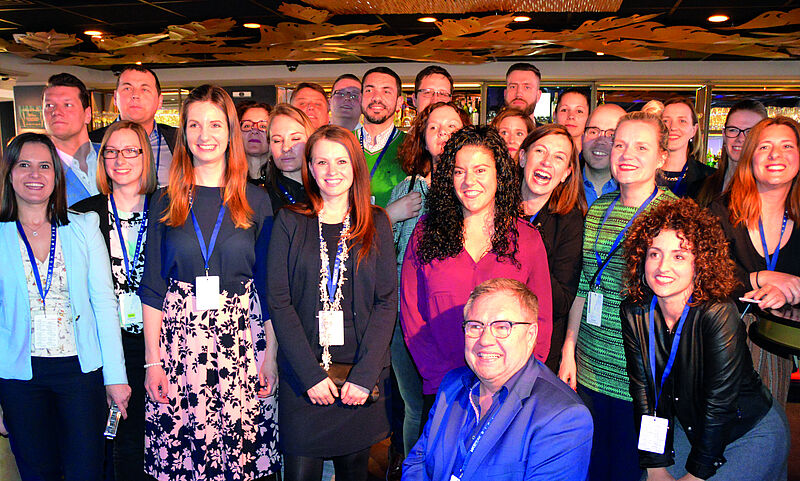 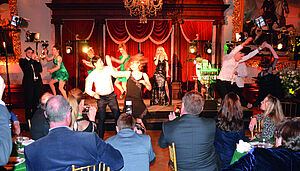 The peak. His attendee list was not in alphabetical order, but MICE Peak organiser Peter Cramer (Panem et Circenses) admitted: “I‘m not an event planner.” After the reception at Riga Airport, however, everything went like clockwork for almost 100 Peak attendees in Latvia. A fabulously orchestrated event – thanks to the Investment and Development Agency of Latvia (LIAA), Meet Riga under Director Aigars Smiltans, the Radisson Blu Latvija Conference & Spa Hotel as well as the DMCs Con-ex, Global Events Group and 3K Management.

“The whole country is our largest venue, full of incentive ideas,” said 3K CEO Edgars Kuzmans on the road to Sigulda. It passes the secret Soviet bunker in Ligatne, built to shelter the party and state leadership in the event of a nuclear war. The bunker still features period furnishings from the 1980s including dial telephones. Historical and technical tours can be staged for two groups of 50 at the same time. The planners relished in style marinated sardine fillet with egg, onions and chives chased with vodka at the Soviet canteen.

“Outside Riga, the typical view is forests, fields and forests, plus the odd house,” guide Gitta described her home country, which is the size of Bavaria and boasts the fastest Internet in the EU. Like Ligatne, Sigulda lies in the Gauja National Park. You cannot miss the bobsleigh and toboggan run, which is open both in summer and winter. For educationals, Kuzmans suggested Olympic champions as well as bobsleighing, snow shovel sleighing or vucko soft bob sleighing. As an alternative, you can visit Segewold, the castle of the Brothers of the Sword, with its large open-air stage, or enjoy cable car rides and bungee jumping.

“Culture and Tradition” was the motto for Aida Cruises, Alpine Sterling DMC Malta, the CBs of The Hague, Finland, Rotterdam, Sankt Gallen, Vienna‘s ACV and Luxembourg‘s ECC. They hosted a “Runaround” quiz and had people hopping around on numbers, all winners helping themselves at the giveaway buffet.

The Spanish picked a sophisticated topic: “Diversity and Expertise”. Representatives of the hotel groups NH and Palladium, Hesperia Tower and the Villa Padierna Palace Hotel, Port Aventura and ICC Barcelona conference centres, as well as the CBs of Barcelona and Valencia boldly criticised the lack of wheelchair plans in many venues. Wheelchair users would have an eye-level problem during coffee breaks. This group focused on equality, inclusion and accessibility.

But it was the hosts who took the cake with “Symbols, Rituals and History”. “We go the extra mile,” promised Silvija Freimane of Goal Events, showing off her knowledge and fluent German. Allianz, BMW and Henkel are among her customers. Janis Priede of Radisson Blu Hotel Latvija chose the moon as his symbol, being so close to the Skyline Bar on the 26th floor. Peak attendees were able to enjoy the spectacular view from there with Latvian specialities.

In the spirit of well-being, Oleg Blinov praised the wellness offerings of Jurmala’s Baltic Beach Hotel. Apart from the sun, Monta Kvjatkovska of Con-ex loves her conference and incentive customers, birch juice and the sea. The choice was easy for Kristin Bernd of punctual Air Baltic. With the star symbol, the carrier for this edition of MICE Peak wants to grow its young fleet.
The evening events were real highlights. In a former power station the classic and rock fusion band Dagama with its two cellists wowed the audience. The gala in the House of the Blackheads from 1334, rebuilt in 1999, was also quite amazing, not just because of the great food. German troops and the Soviets had destroyed this spectacular venue in the mid-20th century.

Stuffy air filled the small hall of Riga’s neo-baroque Splendid Palace cinema, where the keynotes were held. Colja Dams of Vok Dams was the star in this close circle. “I’m still learning to let the team decide before making event promises,” admits the agency chief, speaking of agile management (CIM 4/2018, p. 90). At Vok Dams, “60 per cent of processes are now agile” and more than a third of customers ask specifically for agile moments. Dams is pleased about fewer briefings and 20 per cent lower costs.

Florian Haselmayer of American Express focused on knowledge of attendee needs: Tech-savvy networkers appriciated lists in advance, apps and “speed sessions”. Those seeking knowledge were also “app happy” and interested in preliminary studies. The Amex manager advised investing in the keynote speaker. “Don’t speak TO those seeking inspiration, but WITH them,” was another recommendation. For Haselmeyer, “social butterflies” are influential influencers who want interaction, entertainment and leisure activities.

Tanja Knecht of the IMEX Group warned against “green and blue washing” in CSR. She recommended double-checking everything, communicating by “storytelling” with employees and customers as ambassadors and living CSR sustainably. “Never lie,” added the PR expert, who then had to face criticism about the sustainability of IMEX America in Las Vegas.

The Peak attendees celebrated their farewell from Latvia at Jurmala Beach near the airport. At Lauris Aleksejev‘s restaurant 36. Linija they enjoyed delicious Baltic sushi, red and white fillet of beef or caramelised goat cheese.