China’s Belt and Road Initiative (BRI) is opening up new markets in a region blessed with cultural riches. 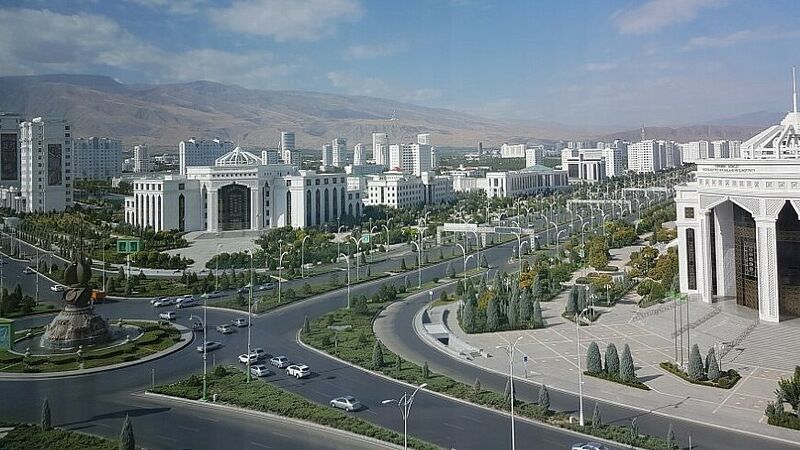 Potential.NürnbergMesse hosted the Silk Road conference for the second time on 2 October 2019. 220 delegates and 20 exhibitors came to the event, which took doing business in new markets as its theme. One of the BRI’s major projects is a 1,800 km pipeline between Turkmenistan and China, which will transport 40 bn cubic m of gas a year. NürnbergMesse CEO Roland Fleck had emphasised in advance of the event: “China’s Belt and Road Initiative will shape the global economy and create many new economic regions, which will benefit European companies.” The aim of China’s BRI, which was launched in 2013, was to create a transcontinental trading area. The road and rail network required for this is developing along the historic Silk Road, which once linked Europe’s major cities with centres of trade in Asia. The project has given birth to major conferences such as the 2nd Belt and Road Forum in April in Beijing, which was attended by 37 heads of state and government. China’s President Xi Jinping put the total value of infrastructure deals concluded at 57 bn euros. In September, representatives from 16 countries met in Hamadan, Iran, to initiate collaboration with regard to the Unesco world heritage sites on the Silk Road.

“Renaissance tourism at the crossroads on the Great Silk Road” was the slogan of a conference held at the end of May in Samarkand, Uzbekistan. The lifting of visa requirements for Germans on 1 January 2019 has led to growth in visitor numbers. The Palace of International Forums in Tashkent, Uzbekistan’s capital, offers 40,000 sq m of space. The Conference on Green Energy and Technology is coming in November. The first World Influencers Congress took place at the Hyatt Regency 2019, attended by delegates from 40 countries. Uzbekistan offers good flight connections, security and value for money. Living traditions make the destination attractive for incentives. Most guests so far have come from Russia. The incentives company Silk Tour wants to increasingly target German customers, according to co-owner Saad Alhaire, who speaks German. The contact in Germany is the tour operator “Tour mit Schanz”.

In neighbouring Turkmenistan, as well, agencies are starting to promote the attractions of their homeland professionally. Turkmenistan became rich thanks to its natural gas reserves, which are the world’s fourth largest. Since the Asian Indoor & Martial Art Games 2017 was held in the capital Ashgabat the magnificent white marble buildings now feature in the Guinness Book of Records. A new convention centre is going to open in Ashgabat in 2020. DN Tours organises incentives as well as corporate events. “We put together programmes for groups that include visits to historic Unesco world heritage sites and desert excursions,” reports DN Tours director Shorat Atbashyyev. He helps Schanz with the visa formalities.