While politicians are struggling with efficient strategies to end the pandemic, the event industry is working on stringent campaigns to restart analog meeting culture. 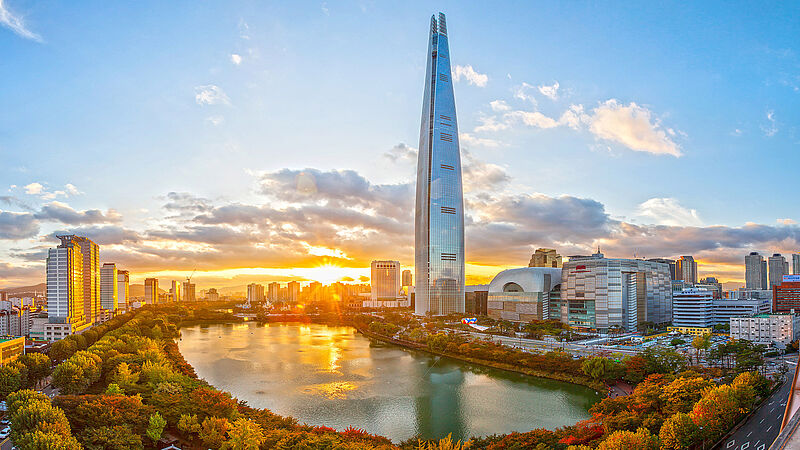 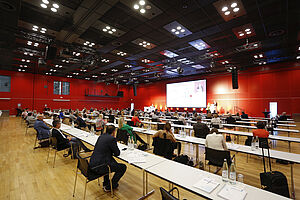 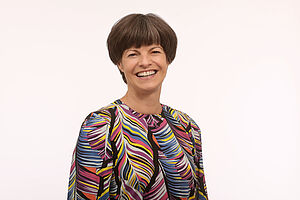 Perspective. Responding to short-term developments with a plethora of tactics is not a strategy, commented political scientist Herfried Münkler on the TV show “Hart aber Fair” on 29 March 2021. Precaution is the central challenge, which cannot be mastered by a trial-and-error-based COVID strategy. The state of emergency that is our handling of the pandemic requires constant learning. The Berlin-based scientist believes that a return to life as it was before the pandemic is unlikely now.

However, Australia, New Zealand and South Korea are already well on the way to achieving this, thanks to their strict “no Covid” strategy. Rapid action, isolation and dividing countries into green zones is now helping them get back to normal and plannable. The gross domestic product is only 1.2 per cent lower than in the same period last year. By contrast, the world‘s ten strongest economies recorded a loss of 3.3 per cent. A recent study by the French Institut Economique Molinari concludes that a no-Covid strategy is more efficient than the containment approach currently prevailing in Europe. The interdisciplinary experts of the #NoCovid initiative include well-known virologists as well as the head of Ifo Institut Clemens Fuest.

Analog business events have been back on the agenda in the Asia-Pacific region since March. In Australia, where the government has invested AUS$50 million (33 million euros) in restarting the MICE industry, The Business Events Council of Australia claims that the pandemic has caused a loss of AUS$35.7 billion (22.8 billion euros) for the country’s economy. While a new National Business Events programme is helping the industry back on its feet in Queensland, Melbourne Convention Exhibition Centre (MCEC), which celebrates its 25th anniversary in 2021, has been hosting trade shows with up to 5,000 delegates again since March 2021.

Alongside Taiwan, which boasts the lowest infection rate worldwide, Korea stands out for its low pandemic figures. Seoul Convention Bureau is positioning itself with new alliances. The Seoul MICE Alliance with 18 new members strengthens the destination, as does its new membership in the Hybrid City Alliance. This strategic move will enable Seoul to become the first city in Asia to join Geneva, Prague, Ottawa, The Hague and Durban in working on hybrid meeting formats.

To revitalise the business travel segment, Singapore has launched the SingapoReimagine initiative. In March, 700 attendees learned about attractive event offerings at the “SingapoReimagine MICE Virtual Show”.

Addressing a vigorous strategy as a concerted action is crucial for getting the event industry off the ground again in Germany. The #AlarmstufeRot initiative and FAMAB communication alliance made the industry visible and gained it a promise of more bridging aid until the end of the year at a business summit in Berlin. AUMA Managing Director Jörn Holtmeier also urged politicians “not to put the key role of trade fairs for the German and international economy at risk” (see also interview on p. 50).

“We must maintain the event industry’s good current visibility as an ecosystem in politics and the public even beyond the crisis, so that we can make our venues part of the overall process of urban development,” demands Ilona Jarabek. It is essential to speak “with one voice,” emphasises the President of the European Association of Event Centres (EVVC). “The Events Industry Forum offers us an excellent starting position. It is crucial to generate reliable figures for the industry. In addition to the Meeting & EventBarometer, we are taking an important step forward with the ‘Make it Count‘ campaign,” says Jarabek.

Generating visibility with targeted marketing strategies is a major concern for destinations right now. They promote their cities, but they also seek to build trust in an industry where face-to-face encounters are part of the business model.

Convention Bureau Rhineland-Palatinate has now been founded with the aim of strengthening business tourism in Mainz, Trier, Koblenz, Ludwigshafen, Kaiserslautern and Worms once again and of jointly positioning the cities’ professional services. A digital platform will be created for customer management and individual event planning – a major building block being cooperation and knowledge transfer with leading players in the pharmaceutical, chemical, automotive and research/teaching sectors. The CVB is based in the federal state capital Mainz. The initiator of the convention bureau is August Moderer, managing director of mainzplus Citymarketing, who believes that Rhineland-Palatinate has huge potential thanks to its excellent location and its cities’ professional MICE offerings. Alongside its restart campaign “Genau Mainz” (Precisely Mainz) launched in 2020, the city is conducting a “Mainz takes off in 2021” initiative.

In Cologne, the #inKöllezuHus campaign is to help the hotel sector recover from a dramatic decline in overnights, flanked by an initiative tailored to the MICE market named “Cologne. Ready when you are”. The managing director of KölnTourismus GmbH, Dr Jürgen Amann, has also commissioned a study for the recovery of Cologne’s MICE market by the European Institute for the Meetings Industry (EITW), which is intended to identify starting points for generating new business.

The convention bureau of the Bavarian metropolis Munich is also taking action with a new communication strategy. Based on the successful hashtag #simplymunich, five thematic pillars are being developed on current topics with modules that can mixed and matched for customers integrating all local partners. Dresden has a similar strategy with three pillars to ensure a successful new start under the leadership of Dresden Marketing’s managing director Corinne Miseer. #Dresden Convention – Meetings. Moments. Memories“ is its new campaign slogan for the MICE segment.