The EVVC has appointed Carsten Müller to its Board and launched Phase 3 of the Future Meeting Room. Brain researcher and keynote speaker Dr. Hans-Georg Häusel advocates simplicity. 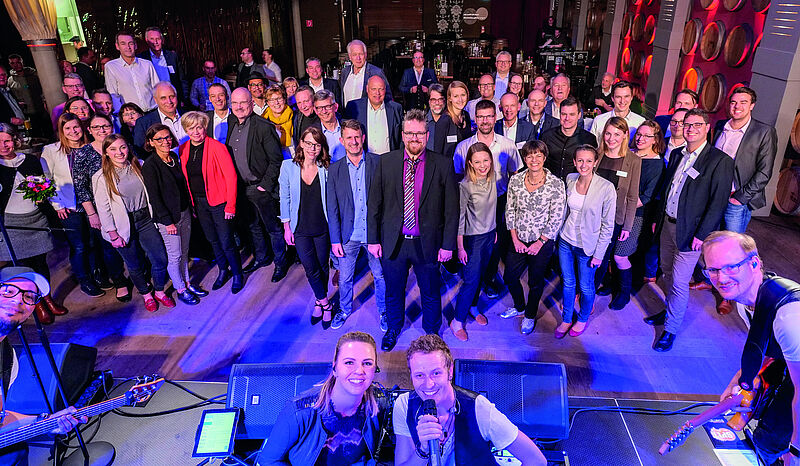 The Board of the European Association of Event Centres (EVVC) is complete again. The 56 voting members at the AGM on 3 April 2019 unanimously backed Jenakultur Managing Director Carsten Müller to succeed Uwe Leitermann, who has left the industry. Departmental responsibilities have also changed. Müller is Head of Communications and Digitalisation, rather than marketing, and feels genuine enthusiasm for the challenge. There is a lot going on in this area at the EVVC. A change to the bookkeeping system has switched the emphasis from spreadsheets to reporting. The website is to be relaunched.

Rooms will be booked online in future, says EVVC President Ilona Jarabek. She is Managing Director of Musik- und Kongresshalle Lübeck (MuK). Ten months President now, she is setting a clear course: “Terrorist attacks in New Zealand and Utrecht, natural disasters in Indonesia and Mozambique, civil rights in Poland, Hungary and Turkey, Brexit as well – all of that concerns and affects us. We stand for cosmopolitanism and encounter – whether in a convention hall, an arena or a small community centre.” Jarabek represents 327 members, 750 venues and 69 partner companies.

Host Michael Biwer, Head of Entertainment at Messe Frankfurt, is considering adding further events to Prolight + Sound, held in tandem with the EVVC AGM. The audio in the room, of all things, was criticised by Jarabek and her members. By contrast, there was all the more enthusiasm for new EVVC Managing Director Timo Feuerbach (see interview on page 54; more here).

Together with GCB boss Matthias Schultze, he presented Phase 3 of the Future Meeting Space project with the Fraunhofer Institute. The research objectives are currently being set. The kick-off meeting in Berlin in July 2019 will be followed by further research meetings and a final conference in the autumn of 2020. The goal is to “develop future-oriented room concepts for limitless communication in the digital age”. Reflecting an increasing demand for geographically distributed conferences, the final conference is likely to be held in three places on different continents.

The world is not progressing, stressed keynote speaker and neuromarketing expert Dr Hans-Georg Häusel, illustrating the point with photos of Donald Trump and chimpanzees. Of all decisions 70 to 80 per cent are made unconsciously, the rest are emotional, according to the brain researcher. Unless something engages the emotions, it will be “insignificant – and people are becoming more impatient in our digitalised world”. The author of Brain View had taken a look at the websites of the EVVC and its members. His verdict? “Too much information: the brain just rejects it!” Häusel advocates greater emotional appeal, better organisation and keeping things as simple as possible.

When the contract with Dr Hubert Koch, the EVVC’s lobbyist in Berlin, expires at the end of the year, Jarabek and Feuerbach will be in capitol more often. “Focusing and reflecting on what is essential to the members,” is the EVVC Board’s new line. The next symposiums will be held from 15 to 17 September 2019 at the Rosengarten in Mannheim and from 20 to 22 September 2020 in Dortmund. The Meeting Experts Conference (Mexcon) will run from 29 to 30 June 2020 at Messe Berlin’s new hub27.

More news in Industry
This article...