30,000 people came to Hamburg for the Rotary International Convention last June. Cosmopolitan flair and good business for hotels – or not? 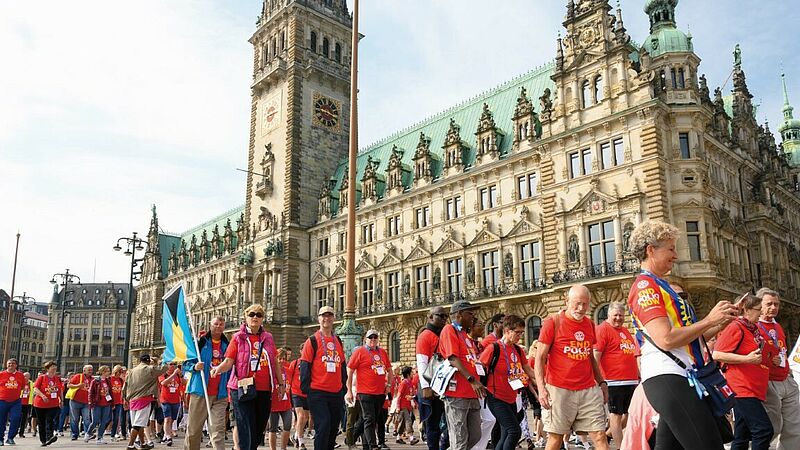 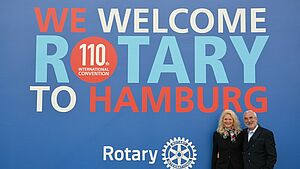 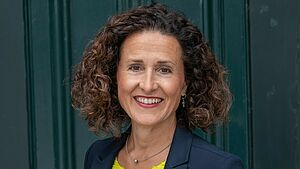 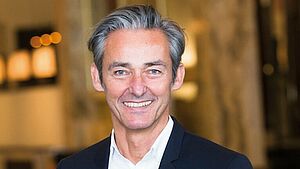 Expectations. “With all due respect,” says Folke Sievert, “we are delighted that the Rotarians are in town. But: the run-up to the event was tricky.” Sievert is a hotel manager and first chairman of “Promotion Pool Hamburger Hotellerie”, which represents 137 paying member hotels. The general manager (GM) of Reichshof Hamburg, Europe’s first Curio by Hilton at its opening in 2015, thinks back to the time before the arrival of the over 27,000 guests – the exact number can only be estimated.

“The Rotary International Convention (RIC) is an event on par with the Champions League and puts Hamburg into the global spotlight as a city and meeting destination,” says a happy Michael Otremba, managing director of Hamburg Convention Bureau (HCB). He expects around 24 m euros in revenues for the economy. Spruce and sparkling, the Hanseatic city shone almost brighter than the sun in the early days of June. The blue Rotary flags with their golden wheel luminously matched the maritime ambience. All “friends”, as Rotarians call each other, proudly wore their name tags on ribbons featuring the same design.

People of all ages from around 180 countries recognised each other with beaming faces and got chatting. Even a few Hamburg natives smiled back and went so far as to reply. The question was quite frequently: How to get to the venue, Hamburg’s trade fair? Sievert is not surprised, “Signage in the S-Bahn and U-Bahn leaves much to be desired.” He is motivated to work off his to-do list until the first congress in the new Congress Center Hamburg (CCH) in August 2020, together with the teams from Messe Hamburg, CCH and HCB: “The cooperation is already working brilliantly.” With Madeleine Marx, second Promotion Pool chair and GM of The Westin Hamburg in the Elbphilharmonie, Sievert is a board member of the Hotel Chapter of the German Hotel and Restaurant Association (Dehoga) Hamburg. “Dehoga originally founded the Promotion Pool in 1976; the association has been independent since 2012,” explains Dehoga country director Ulrike von Albedyll, who will celebrate her 25th anniversary in February: “The Promotion Pool then launched the HCB.”

Common history and common ground that helped the friendly Rotarians, whose motto is “Serve over Self”, host their 110th International Convention in Hamburg in 2019. After all, “Germany’s first Rotary Club was founded there in 1927; the last convention took place in Munich in 1987,” says Bernd Aufderheide, head of the exhibition centre and himself a Rotarian. Time for a new edition, agreed co-Rotarian and host committee chairman Andreas von Möller, who put major efforts into gaining the conference. He even went to Toronto with 70 German Rotarians in 2018 to pitch for Hamburg with an Elbphilharmonie visualisation. Barry Rassin, President of Rotary International, emphasised at the time: “As an economic and cultural centre that connects Germany with the world, Hamburg is perfect for our congress.” Expectations to which the team of Heike Mahmoud, the new COO of the CCH, have devoted major efforts since her arrival in March 2018. After all, the city wants to make an impact.

Not like in 2007, when the 2012 Lions pitch was lost to Lisbon. Improvements were made to win the Lions convention and later the Rotary Convention. Marx reports: “At the start of our pitch in 2014, we were able to guarantee 14,000 rooms and public transport tickets for registered guests.” Aufderheide adds: “The city supported the project with approximately 1.65 m euros. All German Rotarians showed their solidarity by contributing 60 euros per head.” Von Albedyll is certain: “Without the Lions in 2013, the Rotarians would not have come. For a city that is not yet fully geared to such congresses, and with the CCH under construction, this is a challenge.”

“Contract negotiations with Experient, the agency commissioned by the hosting committee, were tricky,” recalls Folke Sievert and specifies: “In 2013/14 we quoted. After that some hotels joined the bid, who were not part of the agreement and who negotiated separately.” Although there were many meetings in advance, they did not result in a general contract. Each hotel negotiated individually. “We should have had more stamina to negotiate one contract for all of them,” says Sievert. This is all the more important since the CCH is about to open. The final contracts “were quite gagging in the end. Originally Experient wanted a cancellation period of one day, but in the end it was seven days,” says Sievert shaking his head. Twenty per cent cancelled two weeks before the convention, “but we’re in luck: “Hilton is popular with Americans, we were able to sell all the rooms.”

There was one clause the hotelier distanced himself from: “They wanted commission even for those Rotarians who had booked directly.” Hotels that did not work with the Ohio-based Maritz agency Experient Inc. were the winners. “I encourage colleagues to provide quotas for events,” emphasises Folke Sievert. “These contracts don’t exactly make life easier for me.” However, not winning the record conference was not an alternative. After all, Madeleine Marx, Ulrike von Albedyll, Heike Mahmoud, Bernd Aufderheide and Folke Sievert unanimously say it is their declared goal to become more international in view of “Hamburg’s Achilles heel” and the “value of our reach”. Marx is happy: “How better to become known all over the world than this?”

Michael Otremba underlines: “The location is perfect for further congresses. The more than 27,000 guests are multipliers who will make Hamburg known all over the world.”

More news in Management
This article...