Hotel companies are expanding and launching new products. The meetings segment needs revenue management. A commitment to sustainability is the order of the day. 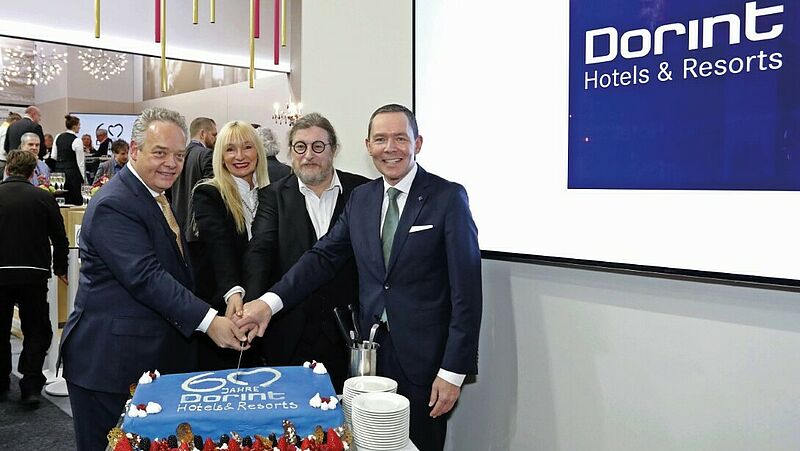 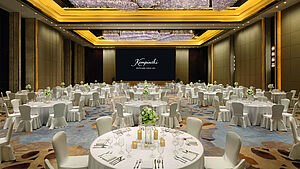 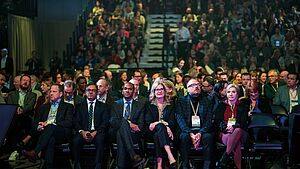 Looking ahead. The hotel industry is in good shape. Globalisation, the continued growth in mobility and the increasing demand for meetings are leading to an investment boom and expansion worldwide. The global real estate services company Jones Lang LaSalle (JLL), which operates all over the world, is expecting transactions worth 60 billion euros in the hotel market in 2019. In Germany alone, there will be transactions amounting to 4 bn euros. The German industry association Dehoga is expecting 2019 to be another record year with over 480 m overnight stays. According to the Hotel Monitor 2020 report published by American Express Global Business Travel, there are 379 new hotel projects currently planned in Germany.

The good news for guests and meeting planners is that the construction boom and the level of competition mean that any price rises will be minimal. Price increases of 3 per cent are forecast for Brussels and Paris but only 1 per cent for Frankfurt.

Hotel prices are also kept in check by the popularity of sharing-economy accommodation providers such as Airbnb, which now have a market share of 8.6 per cent in Germany according to a German Economic Institute study. The 160,000 Airbnb places in Germany are popular, above all, because of their focus on local character. The same applies to Airbnb for Work accommodation.

Hotels are picking up on the trend towards things local and personalisation by offering an experience rather than just a room for the night. In the segment occupied by owner-managed and boutique hotels, WorldHotels has made a name for itself as a grouping of independent hotels. The Atlantic Congress Hotel Essen operates under the brand with a personalised approach. Located right next to the Grugahalle and the CC Essen, it also offers 1,200 sq m of conference space.

Since the brand was taken over by Best Western, which has 4,000 hotels in over 90 countries, the 300 WorldHotels hotels have benefitted from Best Western’s booking platform and loyalty scheme. The individuality of the different hotels is ensured. The sale of Mövenpick’s 84 hotels to Europe’s largest hotel company, Accor, followed the same principle.

Loyalty benefits are highly attractive to delegates, according to the results of a study entitled “Room Block of the Future” published by the Professional Convention Management Association (PCMA) jointly with Hilton and NYC & Company in April 2019. 25 per cent of the delegates at large conventions were found to book their accommodation at the hotels listed in the room block, but they don’t use the recommended booking process.

Hotels are currently wooing planners with bonus offers in the meetings segment. To mark the company’s 50th anniversary, Maritim Hotels are offering cake to planners who book a whole-day conference package and reducing the cost of the event by 3.50 euros per guest.

Kempinski, which can look back on 122 successful years, is appealing to meeting planners with a scheme entitled “Inspiring Events”, which will run until 2020. It includes increased commissions and two free rooms when another event is confirmed within 90 days. As of a certain minimum booking amount, planners benefit from upgrades, an “event butler”, a local gastronomic experience and a free room for every 30 paying guests.

Dorint Hotels are offering loyalty benefits to their guests to mark the company’s 60th anniversary. While Dorint Card holders can collect points more quickly, conference customers benefit from special offers. One innovative benefit is a new individualised conference app for conference guests. This mobile event app, which was developed jointly with the Munich company Meetingbox, can be booked in packages “without hidden costs”.

Revenue management, which has long been standard practice in the accommodation segment and is fuelled by “best price” offers on booking platforms, is only slowly becoming adopted in the conference segment of the hotel industry. Dorint is a pioneer here too and has appointed Kathrin Scharrmann as MICE cluster revenue manager. Birgit Haake of Haake Revenue Management 4U believes there is certainly a need for such a role in the hotel industry.

MICE revenue management in­­volves analysing conference capacities of a fixed size and the volatility of demand on different days of the week in order to set a required minimum level of revenue, asserts Haake. She has identified a failure to make proper use of key information such as declined bookings, room utilisation percentages, delegate density and income per bookable square metre. A MICE revenue strategy cannot be developed without analysing total demand per day. Conference hotels make 40 to 60 per cent of their revenue in the MICE segment, says Haake.

Sustainability is an increasingly important criterion for customers, and a strategy is necessary here too. The Radisson Hotel Group is setting a good example by automatically offsetting the carbon footprint of all events in its hotels without additional costs to its customers. First Climate calculates the carbon footprint of each meeting held at a Radisson Hotel and offsets it by supporting sustainable projects.

The NH Hotels chain works with CDP (the Carbon Disclosure Project), which has helped the chain reduce its carbon footprint per room by 67 per cent thanks to a strategic sustainability plan. The VCH-Hotels grouping is committed to carbon neutrality and works on this with Klima-Kollekte, a carbon-offsetting fund operated by Christian churches in Germany and elsewhere.