Make important contacts and share industry expertise: International and regional meeting fairs invite event professionals to get together and network in 2020. 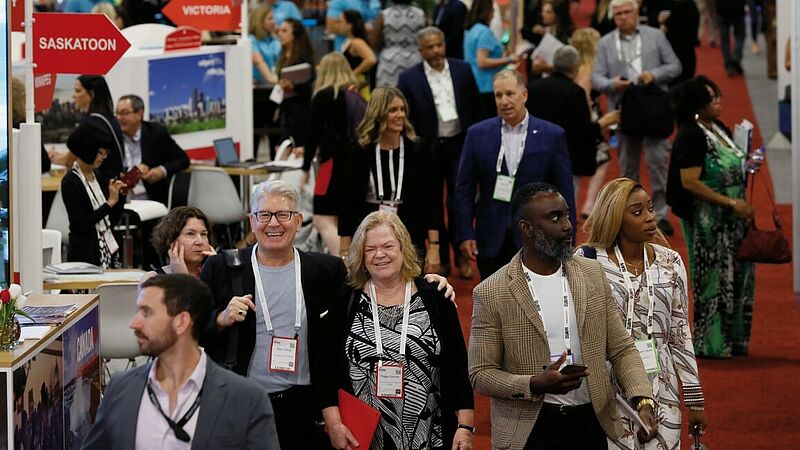 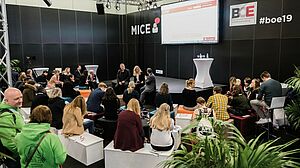 mbt Meetingplace will be part of the Best of Events 2020. (Photo: Messe Dortmund GmbH)

Changing times. Every new year starts with good resolutions and fresh plans. In this vein, 2020 will kick off with a novelty in the world of meeting fairs. Originally based in Munich, mbt Meetingplace is now part of the Best of Events (BOE) trade show for expe­rience marketing in Dortmund. “The MICE industry will continue to diversify over the next few years,” says Alexander R. Petsch, founder and managing director of the Børding trade fair. “Thanks to its now broader line-up, BOE offers an opportunity to cover these segments in even greater depth.”

By integrating mbt, BOE is further expanding its business events segment. 10,000 trade visitors from agencies and companies will come to Messe Dortmund on 16 and 17 January to see the concentrated offerings with a focus on “digitisation”.

The year will also kick off with changes for International Confex. Together with the Event Production Show and the PA Show, the UK’s leading trade fair will relocate from Olympia London to ExCel London, just 19 km away. More than 7,700 experts will inaugurate the new venue for UK Events Week on 25 and 26 February.

The Locations show will unveil its latest venue in Munich on 4 December 2019. The sixth edition of the regional MICE communication platform will be launched at the Motorworld site. On 10 March Locations Central Germany will follow suit. “Central Germany is proving to be a region with interesting culture offerings and a dynamic economy that can hold its own with Berlin and other regions as an events hub,” explains Nicole Weimer, managing director of Locations. The trade show at Kongresshalle am Zoo in Leipzig offers planners and service providers from Saxony, Saxony-Anhalt and Thuringia a new platform. The focus is on emotional experiences and real encounters.

The huge importance of face-to-face especially for the meetings industry is also demonstrated by the brand-new IBTM Asia Pacific. The organiser Reed Travel Exhibitions has announced the premiere for 8 April at Marina Bay Sands Expo & Convention Centre in Singapore. “Launching a new event for the Asia Pacific market is not only exciting for the IBTM brand, it is also supported by the fact that the region’s business events industry is expected to see the highest growth rate in the world and reach 405 bn euros by 2025,” says Shane Hannam, Portfolio Director at IBTM. “It’s a market we know very well, and our research has shown that there’s genuine demand for a regionally focused event both from our existing customer base but also from the industry in general.”

Experts also forecast high demand for the growing Indian travel industry. By 2020, it ought to be worth 51 billion euros. As a sign of the times, ITB India, organised by Messe Berlin, will make its debut next year. At Bombay Exhibition Centre in Mumbai international exhibitors from the fields of MICE, leisure and corporate as well as executives from the travel industry will come together from 15 to 17 April. The organiser of the first ITB India is the Indo-German Chamber of Commerce (IGCC), supported by Messe Berlin (Singapore). Together they want to make ITB India the leading travel fair for the Indian market.

One long-established event is the leading international meetings show IMEX. From 12 to 14 May the meetings industry will gather at Messe Frankfurt for the 18th anniversary edition. Its little sister is a lot younger, but just as much a fixture in planners‘ calendars: IMEX America will celebrate its 10th anniversary in 2020. With “Nature” as its overarching focus theme it will take place from 14 to 17 September at the Sands Expo Convention Center in Las Vegas, Nevada. For the first time in IMEX’ history this motto will run for two years, until 2021. “It’s a big, timely, important topic, one we can all relate to and one that warrants our full attention,” IMEX founder Ray Bloom explains this decision. “We‘ll be exploring what nature can do for us, and what we can do for nature and we’ll be running this theme over two years to give it the traction it deserves.” Johanna Müdicken