Convention centres are expanding and establishing conventions based on local expertise. Renovation projects are improving sustainability. Hybrid events are on the way. 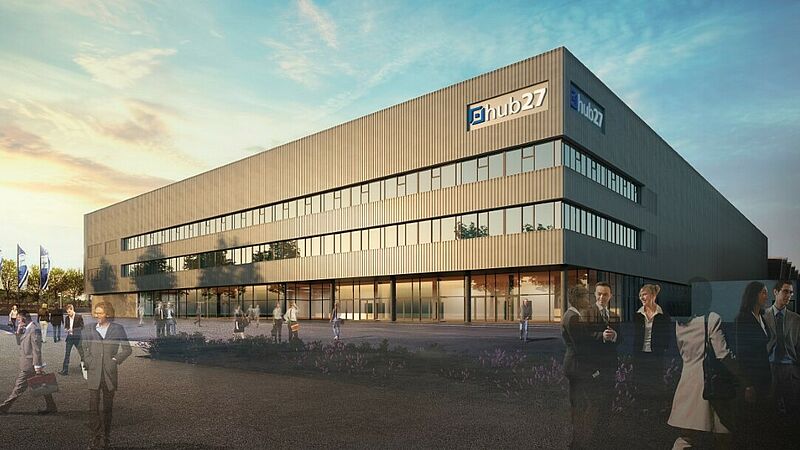 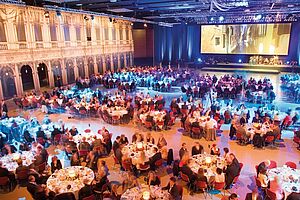 Huge space. Messe Berlin celebrated the opening of its new convention and event hall, Hub27, on 16 August 2019. With 10,000 sq m of pillar-free space, a 550 sq m foyer and 20 breakouts, it offers a range of options to planners of large events like the IFA Berlin, which is coming again from 6 to 11 September. The highlight of the 75 m euro hall, which Messe Berlin largely self-financed and which has connections to Hall 1 and Hall 25, is the roof terrace offering views of Grunewald for 200 guests. With 180 trade fairs and conventions and 2.5 m guests, Messe Berlin generated revenues of 1.8 bn euros and made a profit of 17m euros in 2018. For Messe Berlin boss Dr Christian Göke, Hub27 further secures Berlin’s international competitiveness for trade fairs.

Toulouse Exhibition and Convention Centre (MEETT) has international markets in its sights. Run by GL Events, the 10,000- capacity complex, which will offer 40,000 sq m of indoor exhibition space and 25,000 sq m of outdoor space when it opens in June 2020, focuses on the strongest sectors of the local economy to attract conventions. There is abundant scientific expertise in Toulouse, which was nominated European City of Science in 2018, when it hosted the EuroScience Open Forum, which attracted over 5,000 international researchers. The biennial Toulouse Space Show will be accompanied by the Global Space convention in 2020.

ICC Wales is also making its international debut with a space-­related event: 1,500 delegates are expected for the UK Space Conference in September 2019. Built in the grounds of the Celtic Manor Resort in Newport at a cost of 92 m euros, the venue offers 4,000 sq m of pillar-free hall space. The Ambassador Wales scheme was launched to attract international conventions, particularly in the fields of the life sciences and cancer prevention, where Wales has strengths.

The Austria Center Vienna is firmly established as a top venue for large medical conventions such as the annual European Congress of Radiology (ECR), which attracts over 23,000 delegates. 2018 was a record year with 116,000 international guests and a further 20,000 delegates at events in connection with Austria’s presidency of the European Council, while all the usual conventions were taking place. Gross value added of 527 m euros represented growth of 29 percent over the previous year. The donauSEGEL construction project, which is due to be completed in 2022, will not only provide an entrance building with a panorama walk but also 4,200 sq m of event space.

In neighbouring Switzerland, Zurich has given the green light to the transformation of the convention centre at a cost of 160 m euros. The transformed Kongresshaus Zurich will have 5,300 sq m of floor space and panoramic views of Lake Zurich. Offering a capacity of 4,500, the centre will be part of an ensemble of buildings that includes the historic Tonhalle. Thanks to its prominent lakeside position, the new venue will have its own lakewater system, which will provide 70 percent of its hot and cold water and contribute towards its carbon neutrality.

The 59th “Lunge” Zürich, a medical convention, will be taking place in February 2020 at Davos Congress Centre. As the host of the World Economic Forum (WEF) and thus at the centre of the world’s attention once a year, the venue has ISO 9001 and ISO 14001 certification and presents itself as one of the most modern convention centres in the Alps with a strong focus on sustainability.

While the name Carmen Würth is associated in Switzerland with the 500 sq m hall of the Würth Haus Rorschach on the shore of Lake Constance, the Carmen Würth Forum at the company’s headquarters in Künzelsau is making waves with its expansion plans.

It became clear that the venue needed more space not long after it opened in 2017: At the Würth “Innovation Days” (Innovationstage), which attracted over 6,000 people, and its well attended cultural events, the Forum came up against its capacity limits. An extension offering 5,500 sq m of variable space is now being built. Designed by Sir David Chipperfield and costing 39 m euros to build, it will be opening its doors in April 2020.

At the Filderhalle, which hosted the degefest conference and impressed the industry professionals in attendance in June 2019, the decision-makers know how an extension can invigorate a place, in this case Leinfelden-Echterdingen. The hall is now getting a 400 sqm extension with a large glazed facade. The light-flooded foyer is linked to that of the existing building and has a view of the park in Leinfelden. As a pioneer of hybrid conventions, the Filderhalle offers a 10 Gbps glass-fibre Internet connection, live streaming technology and a hard-wired Wi-Fi system that 2,000 devices can connect to. Paper-free events are an important contribution towards sustainability, believes Filderhalle boss Nils Jakoby.

Innovative data management and improved sustainability are also part of the plan to renovate the Kultur- und Kongresszentrum Liederhalle in Stuttgart. Following a 24 m euro upgrade to the convention centre, it will be reopening in September 2020.

Congresscentrum Oberhausen offers proof of how improving a lighting system can have a positive impact on a venue’s carbon footprint. Its newly installed LED system saves 80 percent of the energy previously used for lighting, reports Congresscentrum managing director Andreas Drasba. One of the venue’s regular events is Histologica, a leading trade fair and convention that will be taking place at Kongresshaus Oberhausen for the fifth time in September 2020, attended by 1,320 people.

The nearby RuhrCongress Bochum is in demand for healthcare meetings and recently established the Chronic Care convention. 150 healthcare facilities that support MedEcon Ruhr e. V. are organising the event when it takes place again in 2020. Like the RuhrCongress, the Jahrhunderthalle, another Bochumer Veranstaltungs-GmbH venue, has a capacity of 5,000. “Our strength is good teams. We see ourselves not just as a venue provider; we are about making events happen,” says Regina Scheffels, who takes care of marketing at Bochumer Veranstaltungs-GmbH.