Empty plastic bottles and half-full disposable plates that end up in the bin – an image that is typical of many events. A rethink is underway for the industry. 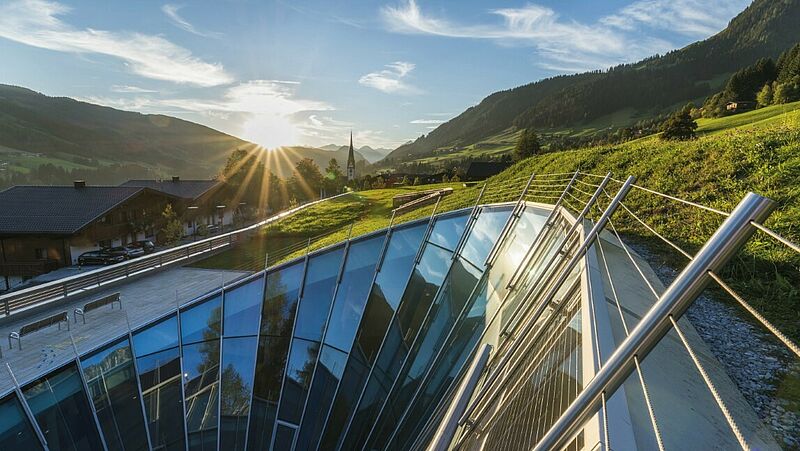 “As a harbourside venue, we are very conscious of our environmental impact and particularly the potential harm of plastic to aquatic life,” says Geoff Donaghy, CEO of the International Convention Centre (ICC) Sydney. With its partnership with the state-owned drinking water corporation Sydney Water, the centre has declared war on plastics. Tap water is now offered in glass and reusable containers. Over one million plastic bottles have already been saved.

“Waste from single-use plastic is a critical issue for our industry,” says Jeremy Rees, CEO of the Exhibition Centre London (Excel). “We need to take a position on this to significantly reduce the amount of waste that we generate.” In early 2019 Excel therefore launched its “No Plastic” campaign. The project will initially focus on the 27 on-site retailers. All plastic straws have been abolished there. Customers who bring their own mugs get discounts on coffee and co... New drink dispensers in the entrance areas offer free drinking water.

Disposable tableware was ditched at Bella Center Kopenhagen (BCC) long ago. In cases where it is used, it is made out of bamboo. The convention centre also has a strong commitment to saving food. Among other things, guests can take any leftovers home after dining there in a “Treatbox”, a biodegradable doggy bag. “At BCC we are strongly committed to operating a responsible and sustainable congress centre,” says BC Hospitality Manager Mireille Jakobson. “Every day of the year, we are hosting moments that matter by enhancing the experience and outcome when people meet, face to face. We call this Responsible Hospitality.”

The team of the Austrian  Congress Centrum Alpbach is also committed to this concept. Plastic cups or dishes have been banned. Wanting to ideally avoid any food wastes, the service staff makes sure that the buffet is only filled as required. For suppliers and caterers, food and hygiene regulations are often a problem when it comes to donating food that would otherwise go to waste. Food that has already come from the kitchen or has been in contact with guests may no longer be donated. Exceptions and guidelines for the Federal Republic of Germany can be found in the “Guidelines for Donating Food to Social Organisations” published by the German Ministry of Food and Agriculture.

In Germany, Musik- und Kongresshalle Lübeck (MUK) is one of the most successful green venues. This year it is celebrating ten years of sustainability. In addition to projects such as converting to energy-efficient systems, MUK, which has gained multiple certifications, is also involved in small-scale projects. Its partner companies supply products in reusable packaging, and drinking straws used on site are made of straw. Food bags are to help avoid waste.

To this end, Congress Center Rosengarten in Mannheim cooperates with the non-profit organisation Foodsharing e.V., to which it donates leftovers from large events that meet the requirements.

In Lower Saxony the team of Osnabrückhalle also selects its partners carefully. Since 2010, Osnabrücker Veranstaltungs- und Kongress GmbH has been a member of the “Green Meetings in Osnabrück” initiative. Its aim is to raise awareness of the importance of environment-friendly meetings. “It is important that event venues commit to the concept of sustainability not only on the management level or for marketing reasons,” says managing director Jan Jansen.

“It is of little use to abolish a few plastic straws just to maximise publicity unless there a green strategy is in place on all levels and everybody involved in the venues internalises it.”