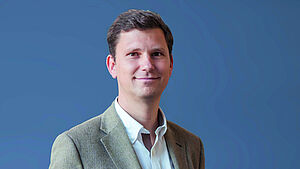 From the heart. For a long time there wasn’t much to report about the meetings industry of Spanish capital Madrid. Barcelona as the young, wild city by the sea attracts a lot of attention. Its ranking in the ICCA’s international congress statistics is high, and last but not least, it is home to IBTM. But: “Madrid nunca duerme,” Madrid never sleeps. What was once the battle cry of the“ Movida Madri­leña”, the “Madrid Movement” in the late 1970s and early 1980s, is still true today. In July 2019, 60 European guests were invited by Madrid Convention Bureau (MCB) to experience this for themselves in three days. Director David Noack Peréz and his eleven-strong team created the first Agency Forum, for which it activated and motivated several partners: Meliá Hotels, Ovation DMC, MetAcción DMC, Air Europa and Tourespaña, the Spanish Tourist Office.

Six hours were earmarked for an intensive workshop, where 35 agency planners put their heads together intensively with 20 suppliers at 700 meetings. The speed dating format is very popular, but many event pros would have liked to have had a choice. The colourful offerings, personal service and warm conversation partners soon made up for this. “One of my highlights was the vintage tour,” remembers Nadja Knappe, my 50-year-old car broke down three times, the last time on the Gran Via.” Everyone acted with fantastic professionalism and spontaneity, smiles the project manager “Groups & MICE” of DER Touristik Cologne, “giving me a lot more to write home about.”

The royal city showed its warm and sunny, relaxed and delicious, professional and creative side. The Forum motto and storyline of the programme with a focus on Queen Isabel II, whose red velvet sofa was stolen, made it easy for planners from Germany, France, the UK, Italy and Poland to immerse themselves: “Come to Madrid to make friends.” Even with Queen Isabel II, who was happy to get her sofa back, thanks to the eager commitment of the entire group in an interactive scavenger hunt at Casino de Madrid.

The way to somebody’s heart is through their (tapas) stomach, Madrid‘s flamenco had everybody moving – and the venue market caused astonishment. The friends were amazed to learn that there is no inner-city convention centre. Congresses are held at the IFEMA exhibition centre near Barajas airport. The new 400-million-euro Riu Plaza España on the eponymous square wants to fill this gap, opening at the end of 2019. The only Riu city hotel in Spain will be Madrid‘s largest congress hotel with 4 stars, 585 rooms, 1,400 seats and a roof terrace for events only. The MCB team is also eagerly awaiting the new Four Seasons opposite Casino de Madrid and the W Hotel in 2021. New additions to the market for 2019 include two hotels that are traded as insider tips for incentive groups: The 5-star Bless Hotel opened with 111 rooms in February in the Salamanca district. Featuring a very distinctive style and design, it is a member of “The Leading Hotels of the World”. On the roof: a terrace that can be rented for events. In the basement: a bar with a bowling alley and a room with a pole in the middle. The Pestana at Plaza Mayor is not quite so “naughty”, having opened with 90 rooms in May. The 4-star-plus hotel also boasts a roof terrace with a pool and breathtaking views of the city for events, a room for 50 people and a spa.

From the basement to the third floor, Platea restaurant is one of the venues that can only be found in Madrid. The former cinema and theatre opened in 2014 after a 90 million euro revamp. With an ingenious concept, it offers space for groups of any size, but a maximum of 1,200 people – in the heart of the capital. David Noack Peréz is satisfied with Madrid’s development and the first Agency Forum: “We included a lot of activities, so the programme itself was my highlight. We were able to design a very appealing programme for our new friends.” The Forum will now take place annually, with a focus on a different market in 2020.