Leipzig hosts the world’s largest hacker meeting: The 35th Congress of Chaos Computer Club with the motto “refreshing memories” was dedicated to social and political themes. 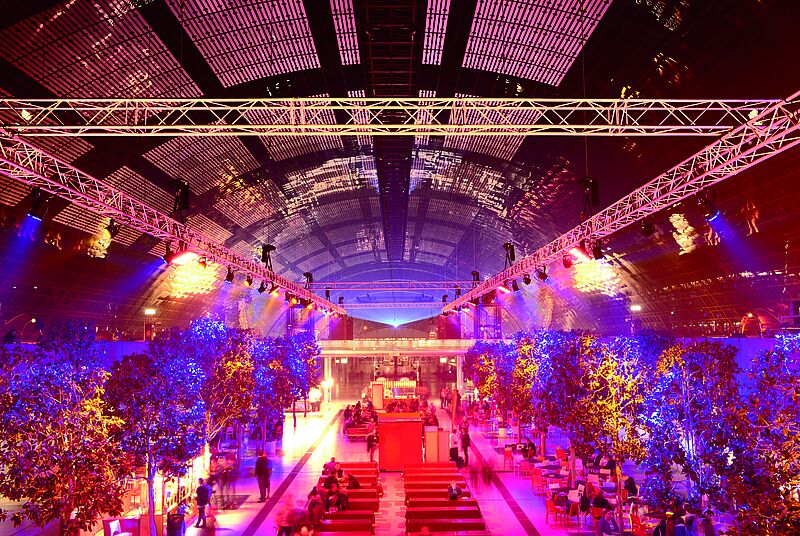 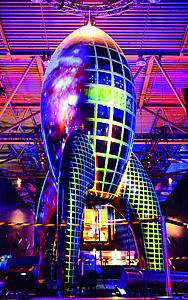 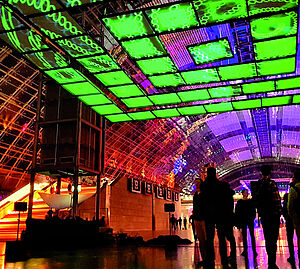 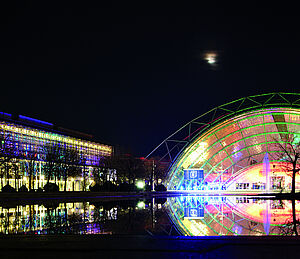 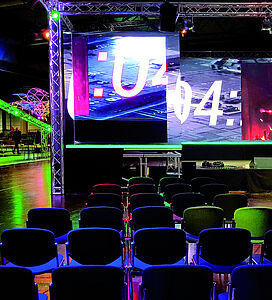 Rounds of applause. “I love how the Congress simply celebrates everyone for everything,” said an attendee of the Chaos Communication Congress (CCC) in Leipzig at the end of December 2018. How right he is! There were rounds of applause for everything. People clapped when somebody read out general terms and conditions. People clapped when somebody actually mentioned the availability of a French translation in French. When somebody could read entire books. When somebody spoke out against the right-wing Alternative für Deutschland (AfD) party. Over and again – spontaneously and for no apparent reason, in the big dark halls full of hackers dressed in stereotypical hoodies, sitting in assemblies at long tables, hacking into systems. Or pretending to do so.

Often enough many people didn’t even know what they were clapping for. But they all joined in anyway. Somebody might have just hacked into a system. Or perhaps someone had managed not to topple over on their swaying chair. This was a wonderful, respectful coming-together. Everyone brought their own technical equipment, lovingly crafted projects, and lots of enthusiasm for sharing experiences.

With wit, charm and a steadily growing crowd: The 35th Chaos Communication Congress (35C3) is organised and financed exclusively by volunteers. More than 4,000 angels help get the congress off the ground before, during and after the fair. Not only are there a considerable number of helpers but the number of visitors is also rising, turning what used to be an intimate gathering of around 100 hackers based in Hamburg into a charismatic mass event in Leipzig.

35C3 welcomed 16,000 visitors last year. Even if critics fear that constant growth will be a challenge, the event still has its original chaotic charm. Visitors whizzed through the long aisles of the halls on scooters, hoverboards and bicycles they had brought along. Vehicles were parked all over the place, no need for a lock. And if a scooter did happen to land under a stranger’s feet, speakers would point out that these things were private property and should please be returned. No sooner said than done. Interaction between attendees is very laid back with a distinctively quirky sense of humour.

Many hackers, but not much girl power was to be found at 35C3. While re;publica 2018 already had an almost balanced male-to-female visitor ratio, it was still two women to eight men at CCC. Most hoodies sit on male heads, who shape the creative and critical interaction with technology at CCC (quote from the CCC Hacker Ethics). Manfred Koibler, IT and network journalist, wrote in a Deutschlandfunk report that the digital future is only actively created by those who have a grasp of it.

Sounds logical. Nevertheless, it would be great to see more women at the world‘s largest hacker meeting. Because so far, male hackers predominate at 35C3. In Germany the term haecksen is gradually becoming established for female hackers, as are their participation and events. In line with the liberal hacker attitude, the haecksen group – according to its own definition – also includes cis-, trans- and non-binary hackers.
They want to show that girls and women are perfectly equipped to engage with technology creatively. They want to correct the image in people’s minds that hackers have to be male. In Germany, however, there is a large gap between women and men when it comes to digitisation, especially in the field of artificial intelligence: Only 16 per cent of the tech talent pool are female. A big problem, because the development of artificial intelligence requires both male and female perspectives.

Back in the 19th century, the English scientist and pioneer Ada Lovelace already stated that the machine was incapable of original ideas. Amazon‘s defective recruiting tool, which systematically discriminated against women, is a case in point: If the system is developed without female input, the machine will turn a blind eye on the issue and simply not raise it of its own accord. But questions of parity, diversity and anti-discrimination must be asked in order to develop a fair digital system for our society.

CCC is a place where the future is being created. Trial and error is the rule of the game: Attendees work together on finding technological solutions for problems that didn’t exist before. CCC celebrates everything that happens at the fair. Perhaps next year there will be even more applause at Congress Centrum and Messe Leipzig for those women who actively contribute their views and experiences to the creative and critical interaction with technology. 36C3 is set to take place from 27 to 30 December 2019.