Meetings that do good

Foundations have been largely ignored by the meetings industry but are like hidden treasure. Their philanthropic motives are particularly relevant for medical conventions. 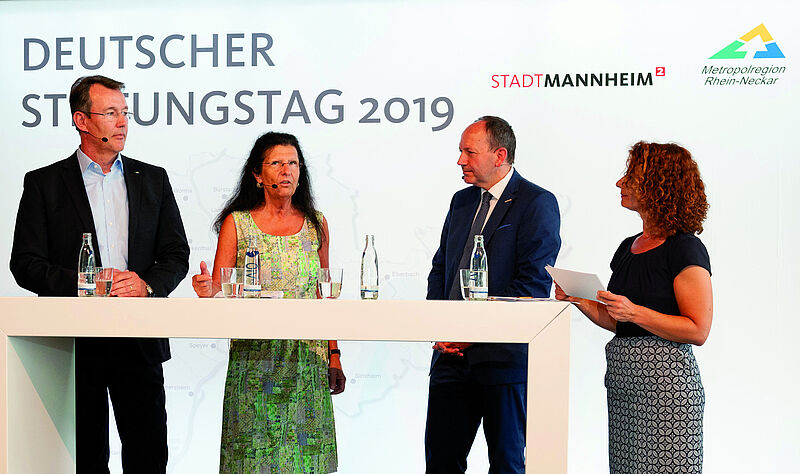 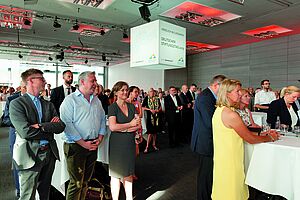 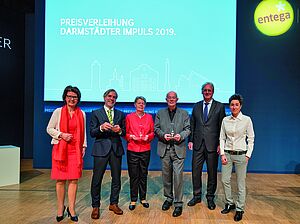 Commitment to the cause. “In Germany there are around 22,748 incorporated foundations under civil law. 554 new foundations were set up in 2018 alone,” says Birgit Radow, Deputy Secretary-General of the Association of German Foundations (BDS), which co-organised the German Foundation Day from 4 to 6 June 2019 at the Congress Center Rosengarten in Mannheim. Around 2,000 delegates came to the conference, the theme of which was “Our democracy”, marking 100 years of women’s suffrage in Germany, 70 years of the German Basic Law and 30 years since the Berlin Wall fell.

In addition, the Förder-Fonds Demokratie (a fund promoting democracy) was launched. With initial funding of 825,000 euros from eight foundations, the fund’s purpose is to meet the challenges and threats faced by democracy in Europe and Germany. “Mannheim, a city founded by the Electors, is on the Straße der Demokratie (Democracy Way), which links sites connected with the emergence of democracy. In 1848 the Mannheim People’s Assembly formulated the ‘March demands’. The Rhine-Neckar metropolitan region also has a high density of foundations,” said Christian Specht, Mannheim’s Mayor, at the opening session. 10 of the 100 companies in the DAX stock-market index are based in the region. “Although there are many foundations in the region, so far they haven’t played a large role in our mix of events. However, their relevance is set to increase with the funding of medical conventions. There is a definite trend there,” said Bastian Fiedler, CEO of the host venue. The council will be deciding in late 2019 whether to approve plans to extend the Congress Center Rosengarten. A hall of 600 sqm, subdivisible into 5 different rooms, is planned above the Musensaal.

The organisers’ desire to create open forums for communication was met in full at the Congress Center Rosengarten. Many seating arrangements were provided in the bright foyers. Bastian Fiedler sees in this a confirmation of the trend towards the festi­valisation of events.

Several Foundation Day panels focused on the situation in Europe. The Donors and Foundation Network Europe (DAFNE), two weeks after the European elections, was seeking to chart a course from a Europe of institutions to a Europe of citizens, while the Association of German Foundations addressed the question of where Germany stands currently. For Eckart von Hirschhausen, a doctor and author, the country is sick due to self-prescribed growth. A diagnosis of cancer with dramatic consequences certainly shook up the audience.

95 per cent of all foundations in Germany pursue charitable purposes and act on the basis of voluntary commitment. Foundations’ activities are funded from their earnings rather than their assets, so there is considerable financial pressure. Financial planning and fund-raising were the subject of lively debate at the German Foundation Day.

The Hertie Foundation took a critical look at debating culture both online and offline. That clearly touched a nerve. The auditorium was full to the brim, and the audience appeared captivated by the words of Marina Weisband. The former Political Director of the German Pirate Party advocates “liquid democracy”, a network of local authorities all over the world. “Digital media give us greater responsibility and influence and help us to structure public discourse,” she asserted.

The panel discussion organised by the Körber Foundation on the “pensioners’ democracy” also focused on the relationship between digitalisation and democracy. Julian Nida-Rümelin advocated greater civic engagement but was critical of digital bubbles. “When you put out a tweet on Twitter, you are generally preaching to the converted,” said Nida-Rümelin, a former German State Minister for Culture.

Foundations vary greatly in the number of events they organise. “We organise a lot of conferences, but they rarely take place in convention centres like the Rosengarten or Darmstadtium,” said Daniela Kobelt-Neuhaus, Deputy Chair of the Board of the Association of German Foundations. She is also on the board of the Karl Kübel Foundation, which seeks to help people around the world to help themselves, bring about equality of opportunity and support children’s education and development.

On 21 March 2019, the Darmstadtium hosted the presentation ceremony for the “Darmstädter Impuls”, which is presented by the Entega Foundation for outstanding civil engagement. This year, the Darmstadt-based energy company, which sees itself as a “climate service provider”, honoured the work of the climate researcher Professor Schellnhuber of the Potsdam Institute for Climate Impact Research. The Schader Foundation has a clear focus on events. Established 30 years ago by the Civil Engineer Alois M. Schader, it hosts 50 events a year at its centre in Darmstadt, two of them with 400 attendees. “Multifunctional venues: A public discussion evening on 13 June 2019 focused on multifunctional venues and on developing ‘new centres on the periphery’”.

The Robert Bosch Foundation is a real heavyweight in the meetings industry. It books large venues for its events and has its own professional event management team. In 2018 the Foundation spent 153 m euros on charitable projects and, together with the Falling Walls Foundation, launched the Falling Walls Engage format to promote an international exchange on scientific communication.

Germany’s oldest scientific foundation is the Carl Zeiss Foundation, which was established in 1889. Conferences often take place in scientific institutions due to the relatively small numbers involved, says Foundation Officer Vanessa Marquardt. Dividends from the companies behind the foundation, Carl Zeiss AG and Schott AG, fund research and the teaching of STEM subjects. The foundation is currently supporting the development of a transfer centre for digitalisation in the healthcare industry at Hochschule Mannheim University of Applied Sciences.

The next German Foundation Day will be taking place in Leipzig from 17 to 19 June 2020.