Porsche Museum marks 10th anniversary with a weekend of celebrations 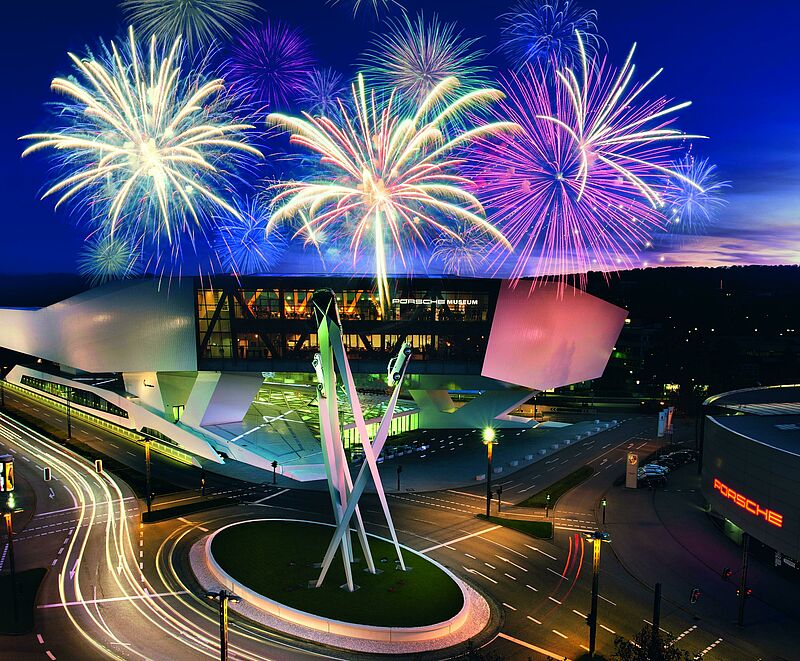 No less than 23,000 hp are on display at the Porsche Museum on Porscheplatz in the Zuffenhausen district of Stuttgart. Since the spectacular building welcomed its first guests in January 2009, the exhibition featuring 80 stunning vehicles has become the most visited museum in Stuttgart after the Mercedes-Benz Museum. Over four and a half million people from all over the world have been to see it so far.

On 2 and 3 February the Porsche Museum, which is “far more than just an exhibition about the company’s history” - as museum director Achim Stejskal claims - will celebrate its tenth anniversary, offering free admission and guided tours, opening the bonnets of rare racing cars, and featuring lots of activities for children.

The weekend will conclude with an eventful evening programme on Sunday, 3 February, including a lecture by philosopher Richard David Precht on the “Digital Revolution and the Future of Work” – a topic that also resonates with the Porsche company.

The anniversary is an opportunity for the museum to present itself as an interesting venue for events. Alongside the car exhibition, it offers 600 square metres of event space - with sweeping views of Porscheplatz and set among legendary racing and sports cars.

A versatile room concept offers plenty of flexibility for large and small groups. The 800 square metre roof terrace is also an ideal place for gatherings or conference breaks.

Among other facilities, the venue is equipped with variable large screens, interpreter booths and a Dolby Surround system for great acoustics. By the way: After 6 p.m. event guests can also take guided tours of the exhibition, which is exclusively opened for the evening.