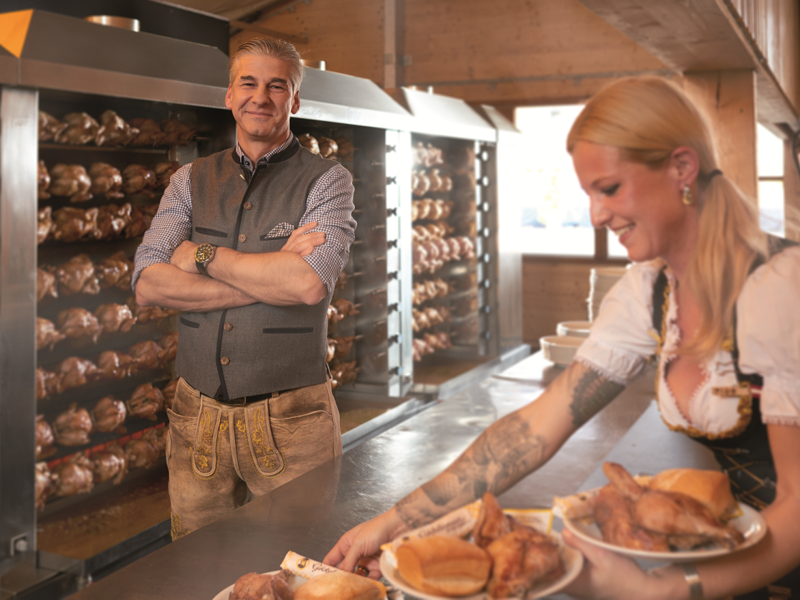 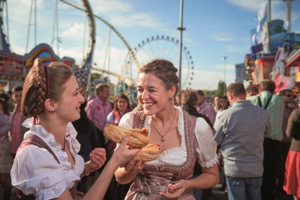 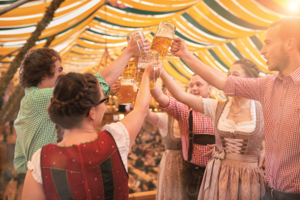 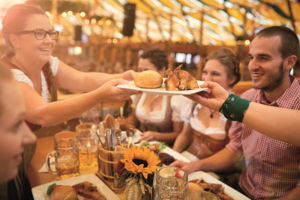 In 1818 King Wilhelm I of Württemberg and his consort, Queen Katharina initiated the Cannstatter Volksfest, which has become Europe’s largest funfair festival attracting four million visitors in 2017. In order to revive Württemberg’s ailing economy, battered by the eruption of the Tambora volcano in Indonesia and the Napoleonic wars, the festival started as a funfair and farming show at Cannstatter Wasen with horse races and prizes for outstanding livestock breeders.

The “Landwirtschaftsfest zu Kannstadt” (Kannstadt Farming Show) in what is now Stuttgart’s Bad Cannstatt district then grew to become the world’s second-largest beer festival. The 17-day event from 28 September to 14 October 2018 offers meeting planners plenty of opportunities. They can either simply book tables or boxes in one of the seven beer tents, or stage a beer event as a special experience. Brewery tours and beer tastings add a colourful local touch, which you can (virtually) only get in Stuttgart. In the festival tents, you can also enjoy hearty local fare - from maultaschen (stuffed pasta) to rostbraten (spit roasts), to schweinshaxe (knuckle of pork).

And the festival offers two wine tents for those who are not so fond of beer. The “Fruchtsäule” (Fruit Column) is the historical emblem of the Cannstatter Volksfest, evoking its origins as a harvest festival. Around the column 330 enterprises invite you to enjoy their attractions, beer tents and stalls. There you will find modern rides such as a double-looping roller coaster side by side with old favourites such as bumper cars and a merry-go-round.

But that's not all. This year Stuttgart is celebrating a double anniversary: For the 100th time the “Landwirtschaftliches Hauptfest” (Main Agricultural Show) will simultaneously take place at Cannstatter Wasen from 29 September to 7 October with over 600 exhibitors. Held only every four years, southern Germany’s largest farming, forestry and food show will feature livestock, modern farming technology and heavy machinery such as tractors and combine harvesters on 130,000 square metres.

And with the “Historisches Volksfest” (Historical Festival) from 26 September to 3 October 2018, the regional capital of Baden Württemberg will celebrate a double anniversary with 19th and 20th-century fairground promenades on Palace Square. Good old-fashioned entertainment will be provided by an illusionists’ booth featuring “headless” or “bottomless” women and “floating virgins”, a flea circus, jugglers, street performers, organ grinders, quacks, a miracle doctor and bird imitator.  Other attractions include a vintage Ferris wheel, a historical Music Express, chair-o-plane and caterpillar ride from 1926, as well as a 1920s house of mirrors and a 1930s bumper car ride.

One regional capital, three festivals: The answer is Stuttgart!