Where can "After Work" be enjoyed in a particularly varied way? 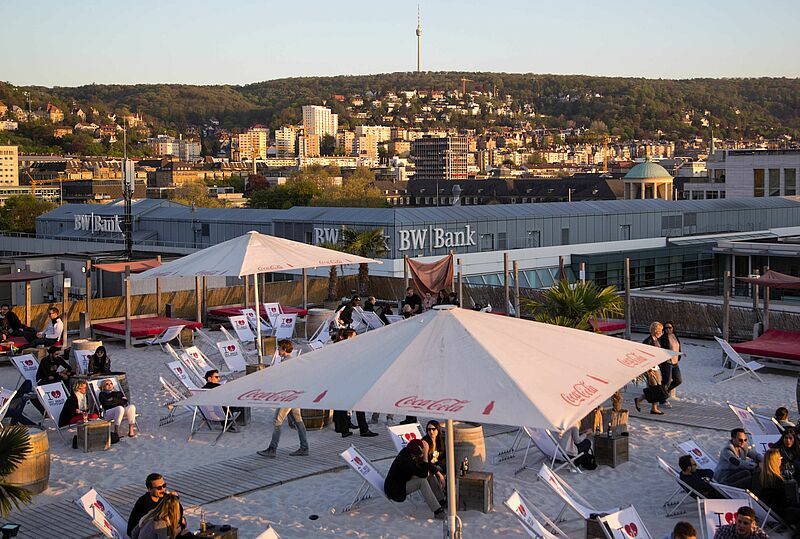 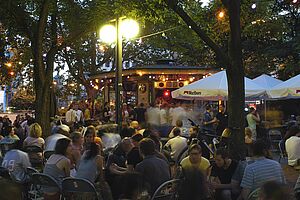 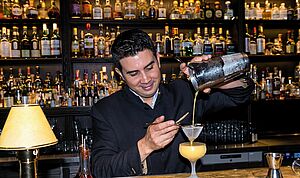 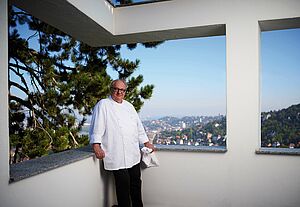 The answer is Stuttgart. It is well known that the state capital is a place where tinkerers and thinkers can work in a focused manner and develop wonderful new ideas. But what does it look like after the meeting? There is a turnaround and there is a lot going on to enjoy a varied evening!

In the lively bar scene of the city, numerous unusual places have established themselves for a drink in the evening, which will make the heart of the participants beat faster, be it a cocktail in the former bank vault, a drink served in the former toilet cottage or a regional beer in the saddlery.

In the basement of a former bank in the hospital district, for example, there is an exciting new addition to Stuttgart's bars: the Jigger & Spoon - already awarded a prize by the specialist magazine Mixology - is hidden behind 90 centimetre thick steel walls. You enter the bar area through the safe door, which is always open today.

The "Sattlerei" meanwhile welcomes its guests in the former saddlery of the Dinkelacker brewery in the south of Stuttgart. The bridles and harnesses of the brewery horses were maintained here until the 1950s.

The mini pub "Palast der Republik" in the middle of Stuttgart's city centre, on the other hand, was built in 1926 as a small cloister. Later, the building was used as a magazine kiosk and snack bar. Today the trendy pub with its large outdoor area has become one of the hotspots for Stuttgart night owls and is popular with both suit wearers and students.

However, if you want to look at the hustle and bustle of the city from a distance after a strenuous day's work, the "Sky Beach" is recommended. On the top parking level of a department store in the city, 100 tons of sand were piled up - with a great view over the city.

And if you want to spoil yourself with culinary delights, Stuttgart has no fewer than eight star restaurants with a finely nuanced, unusual selection. Star chef Vincent Klink, for example, runs the "Wielandshöhe" in Stuttgart-Degerloch. With "Hupperts" and "Der Zauberlehrling" two more restaurants were awarded stars in 2019.

Stuttgart offers much more for the end of the day. Jogging or walking, for example, can be enjoyed in the many parks. Especially in the Schlossgarten you can combine a workout with the attractive scenery of some of Stuttgart's sights. Due to its location in the valley basin, Stuttgart has 400 open-air staircases with a total length of 20km. No question about it: you don't have to climb all the Stäffele, but some should. For example, on a Stäffeles tour.

And for those who want to take a real look at the city from above, there are several viewpoints with a fantastic view over the "Stuttgarter Kessel". For example, the 217-metre-high television tower, inaugurated in 1956, is the mother of all later television towers. There are also beautiful views from the Killesberg Tower or from the Karlshöhe where you can end the evening in the beer garden.